How do I know if my child has SPD?
The following checklist includes behaviors that are commonly seen in children with sensory processing disorder or SPD.  When more than a few symptoms are found an OT evaluation may help determine if your child has SPD.  Our East Bay Pediatric Occupational Therapy office is located in Lafayette. 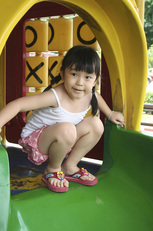 ___ I am over-sensitive to environmental stimulation: I do not like being touched.
___ I avoid visually stimulating environments and/or I am sensitive to sounds.
___ I often feel lethargic and slow in starting my day.
___ I often begin new tasks simultaneously and leave many of them uncompleted.
___ I use an inappropriate amount of force when handling objects.
___ I often bump into things or develop bruises that I cannot recall.
___ I have difficulty learning new motor tasks, or sequencing steps of a task.
___ I need physical activities to help me maintain my focus throughout the day.
___ I have difficulty staying focused at work and in meetings.
___ I misinterpret questions and requests, requiring more clarification than usual.
___ I have difficulty reading, especially aloud.
___ My speech lacks fluency, I stumble over words.
___ I must read material several times to absorb the content.
___ I have trouble forming thoughts and ideas in oral presentations.
Information on this page taken from Star Center, Colorado.  Thanks to Lucy Miller.
UA-170321338-1